National Football League quarterback Colin Kaepernick refused to stand during the national anthem. A friend on Facebook wrote two comments to my posts supporting this action:

Actually I don’t consider what he did a brave stance for racial justice. Protests come in many forms and his choice was out of context.

This is not the right way to do this. When you disrespect the country as a whole rather than the specific issue you wish to correct you alienate those that could help you. His actions are arrogant and ignorant.

So what this critic of Kaepernick claims is that there are people out there who were on the verge of leaving their couches to offer effective protection to unarmed black people from extrajudicial execution and, then, horrified by Kaepernick’s actions, they resumed their seats on the couch.

Amnesty International USA asked people to write to Tunisian officials asking them to release “Marwan,” a man who was convicted of same-sex conduct. “Marwan” is an alias. I found a column by Farhat Othman helpful. This is the body of the letter I wrote:

Updated October 25, 2015: Minister of Justice expelled from cabinet, partly over his call to decriminalize same-sex behavior.

Updated October 5, 2015: Georgia Department of Education accommodates the anti-Muslim bigots. This is a much more serious development.

Updated October 2, 2015: The original title of this blog entry was Walton County School District (Georgia) Enables Anti-Muslim Ignorance. After I sent, the letter below, I did receive a response in which the Supervisor of Schools wrote that no “opt-out” has been granted. A September 30 news report confirmed this. I also recommend the final chapter of Kent Greenawalt’s book Does God Belong in Public Schools?, which covers the question of a public school student opting out of curriculum material for religious reasons.

Here’s a letter I wrote to the Walton County School District Board of Education members urging them to reconsider allowing parents to have their children “opt-out” of social studies lessons that provide accurate information about Islam. I relied on a news report from Fox 10 Phoenix and WSB-TV in Atlanta. END_OF_DOCUMENT_TOKEN_TO_BE_REPLACED

I followed the Amnesty International USA instructions to appeal to the Kingdom of Saudi Arabia not to execute political prisoner Ali Al-Nimr. I wrote a letter in Arabic to King Salman and Prince Mohammed bin Naif. You are welcome to download them and modify them as you see fit.

Here’s a copy of Amnesty International’s statement about the situation in Arabic.

From The Condemnation of Blackness, by Khalil G Muhammad, pp. 187-8:

The [League of Civic and Political Reform (LCPR)] planned to alter the course of crime prevention among blacks nationwide, using the church as a source for recruitment and a sphere of influence. … [James] Stemons, [Charles Albert] Tindley, and their influential supporters used the rhetoric of criminality to build a black army against it. Although they could draw rhetorical and practical examples from the anticrime work of settlement houses, institutional churches, the Association for the Protection of Colored Women, and the Women’s Movement of the National Baptist Convention, there was no exact precedent for what they were attempting to do. They were not only engaging directly in crime prevention, but they were demanding better policing and by extension better accountability of municipal services as well. They were indirectly attacking the political support for mostly white-owned vice industries, such as speakeasies, brothels, and gambling dens. Most importantly, they were explicitly linking these battles to a broader war for economic and racial justice in the North.

In response to the Call for Annual Conference Proposals by the Georgia Council for the Social Studies, I am organizing a panel entitled “Opposing Quasi-Religious Interference in Public School Social Studies Programs.” The conference is Thursday and Friday, October 22-23, 2015 in Athens, GA. The proposal deadline is April 30, 2015. END_OF_DOCUMENT_TOKEN_TO_BE_REPLACED

Do you support local, urban agriculture in Augusta? If so, start following G.R.O.W. Harrisburg. 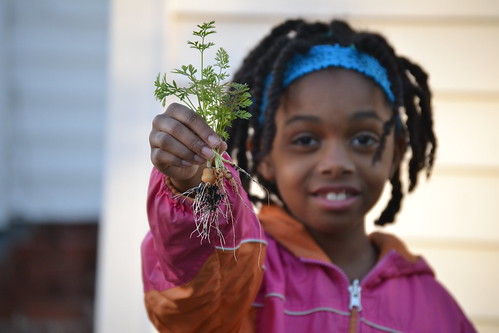